Will Trump order the Army onto US streets in a desperate attempt to continue his control? 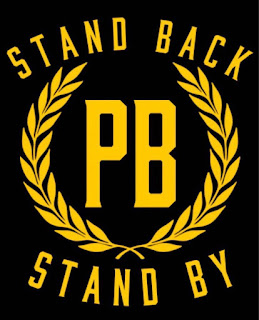 At the first presidential debate, US President Donald Trump famously told the white supremacist Proud Boys to “Stand by.” Now we know what he was telling them to stand by for: Proud Boys is calling for a million MAGA march in Washington, DC on Saturday. Is Trump hoping that they can cause enough violence and disruption to allow him to declare martial law and deploy US soldiers on to American streets to preserve his presidency?

After the May murder of George Floyd, racial justice protests broke out across the country under the banner of Black Lives Matter, Trump wanted to send regular US Army troops to suppress the protests. At the time, this move was opposed by the only other person in the US government that can issue direct orders to the military, Secretary of Defense Mark T.  Esper.

Because the 1878 Posse Comitatus Act limited the power of the federal government to use federal military personnel to enforce domestic policies within the United States, Trump could legally deploy the US military for domestic law enforcement only by invoking the Insurrection Act of 1807. This rarely used act allows the President to deploy US. military and federalized National Guard troops for particular circumstances, such as suppressing an insurrection. While the Black Lives Matter protests were wide-spread and massive, they hardly represented an attempt to overthrow the US government.

“The option to use active-duty forces in a law enforcement role should only be used as a matter of last resort and only in the most urgent and dire of situations. We are not in one of those situations now. I do not support invoking the Insurrection Act.”

A month later, 5 August 2020, Esper called the protests in the wake of George Floyd's murder “a wake-up call not only for America, but for himself,” according to Military Times. He continued:

“I don’t think what everybody appreciated — at least me, personally — is the depth of sentiment out there among our service members of color, particularly Black Americans, about how much the killing of George Floyd — and the other incidents that preceded it and succeeded it — had on them and what they were experiencing in the ranks as well.”

He promised to step up efforts around diversity and inclusion in the Defense Department.  He also banned the Confederate flag from military bases and supported the renaming of those named after Confederate traitors. About Trump invoking the Insurrection Act he added:

“I was really concerned that that continued talk about Insurrection Act was going to take us in a direction, take us into a really dark direction, and I wanted to make clear what I thought about the situation as secretary of defense and the role of the active-duty forces. And to kind of break the fever, if you will, because I thought that was just a moment in history where ... if somebody doesn’t stand up now and say something and kind of push the pause button, then ... it could spiral.”

We are there now. Esper is gone, fired by Trump in a tweet on Monday. Esper said about his firing, “Who’s going to come in behind me? It’s going to be a real ‘yes man.’ And then God help us.” In his final message to the troops he thanked them for putting “People and Country first,” and admonished them to “always do the right thing.”

The yes man replacing Esper is Christopher C. Miller. He is the director of the National Counterterrorism Center, and now he has been named as acting defense secretary.

Trump didn't just replace the defense secretary, he decapitated much of the Pentagon's top civilian leadership and replaced them with Trump sycophants and white supremacists. By Tuesday, top officials overseeing policy, intelligence and the defense secretary’s staff all had resigned. 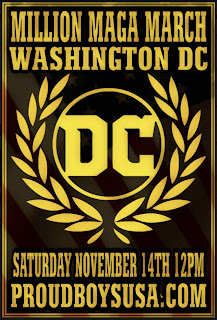 James Anderson, the Pentagon’s acting policy chief, is being replace by retired Brig. Gen. Anthony Tata. He is a racist who promoted the conspiracy theory that former President Barack Obama was a “Manchurian candidate,” and a “terrorist leader.”  He called Islam “most oppressive violent religion I know of.”

Jen Stewart, the Defense Secretary's chief of staff, has been replaced by Kash Patel, a Devin Nunes acolyte who has had a number of roles in the Trump administration, including helping Republicans discredit the Russia probe

Joseph Kernan, undersecretary of defense for intelligence, is being replaced by Ezra Cohen-Watnick, was a close ally of former national security adviser Michael Flynn.

Trump is clearing house, and putting Trump loyalists in key positions in the Pentagon. He is likely doing that with other federal agencies that wield the coercive powers of the federal government. It is also rumored that Christopher A. Wray, the F.B.I. director, and Gina Haspel, the C.I.A. director, could be next in line to be fired.

Why is he doing this with only 70 days left in his legal term as president? Is it possible that he is planning a coup that will require invoking the Insurrection Act and martial law? While that seems far fetched given the 200 year history of stable transfers of power in the US, at least one person who knows his way around the Pentagon says “Mark me down as alarmed.” Retired four star general Barry McCaffrey doesn't give any credence to the idea that the Esper firing is a simple question of revenge for opposing Trump in the past.  He's seriously worried that they are looking at illegal methods of using the power of the US military, and other security agencies, to turn Trump's presidency into a dictatorship. “This is some crazy thinking inside the White House,” he said,  “We are in a risky situation right now.”

We need to take his situation very seriously. It's clear that Trump has no intention of conceding the election to Biden, or leaving the White House before he is forced out. What makes this situation so perilous is that many Republican lawmakers and other administration officials, such as the Secretary of State, appear to be backing Trump's attempt to ignore the clear mandate of the voters.

They know that all the fuss they are making over dead people voting, which no doubt happens in every election in which ballots can be submitted before election day, or their extra poll watchers leaving dissatisfied, has a snowball's chance in hell of overturning the election. These are just tactics to distract, and buy time. As are the excuses given by various Republicans that they are just giving Trump time to adjust to the new reality.

Most probably, they will try to convince Republican controlled state legislatures to overrule the voters in their state and instead, send Trump friendly electors to college. They must know this won't be accepted by the people either. They also know from the Black Lives Matter protests of the Summer, and the recent massive celebrations of Trump's defeat, that there will be massive resistance to any attempt by the Trump cabal to stay in power.

This is the best explanation for these recent changes in the leadership of the coercive arms of the federal government.

Where do the Proud Boys come in? And by the way, they have recently dropped the thin veneer of being multi-ethnic defenders of “Western Civilization”, and declared themselves white nationalists.

Trump can't just declare martial law on a whim. That would never do. He has to have a cover story, an excuse to invoke the Insurrection Act. This Million MAGA March could be just the ticket, provided anti-fascist fighters take the bait and engage with them.

If this scenario seems far fetched, it would be good to remember that Trump had ordered ordered active-duty troops from Fort Bragg, North Carolina, to assemble outside the D.C. area to put down the Black Lives Matter protests in June, before Esper strongly objected. That's how close we came.
Any woman that has broken up with an abusive boyfriend will tell you this is the most dangerous stage of the relationship.

We must now think about the unthinkable, and prepare to repel attempts by the Trump cabal to use state violence to stay in power.

Time of the Preacher by Willie Nelson